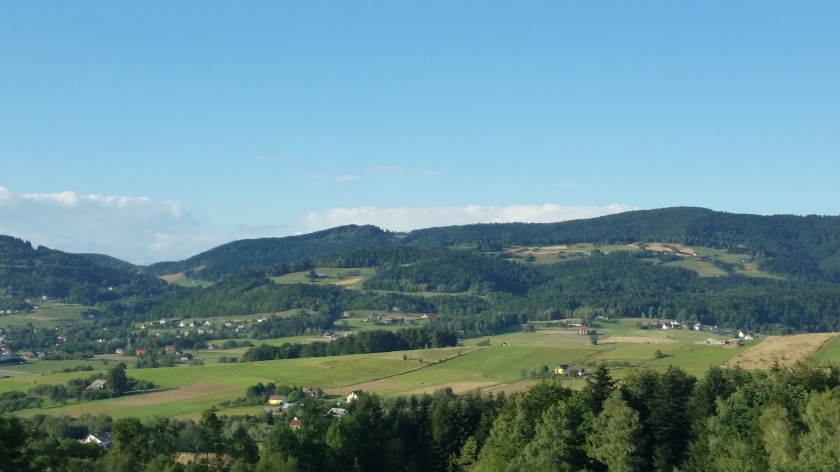 As a guy who is crazy about Poland, I think there are many great things about it. In fact, I could fill 10 blog posts on the topic. But to spare you from monotony, I will only write a couple articles on the absolute BEST things. Here’s part one. Like with all my lists, no particular order:

Poland has a little bit of everything when it comes to geography. The name Poland derives from the Polish word for field (pole), and, indeed, the countryside is littered with fields and farms. But that’s not all.

In the south, you will find several mountain ranges. Chief among these are the Tatra Mountains, which form the border between Poland and Slovakia. Skiers and hikers flock here in the winter and summer from across Europe.

In the north, you will find lots of water. The Masurian Lakes region contains over 2,000 lakes, perfect for water sports, while the Baltic Sea offers beaches and a watery gateway to the rest of the world. Of course, many rivers meander through Poland, the largest of which is the famous Vistula (Wisła) River.

Finally, the mysterious, primeval forests of the east are bound to captivate the naturist, as well as the romantic. One of the largest is the Białowieża Forest. It’s home to many European bison. I’ve never been there, but it’s one of the top places I still want to visit.

I don’t care if you hate history. If you don’t think castles are cool, there’s something wrong with you. Even if you don’t care about what happened there long ago, you can at least admire the beautiful construction and architecture.

Poland is dotted with beautiful castles that once belonged to numerous kings, queens and nobles. Today, most of them have been restored and are absolutely must-see attractions. Wawel Castle in Kraków, Malbork Castle, the Royal Castle in Warsaw, Łańcut Palace….these are just some of the most famous.

Interesting too are the ruined castles. Deserted and forgotten, these castles are the relics of a foregone era. Untouched since their abandonment, they stand as mysterious, ghostly reminders of what was—a romanticist’s dream come true. You just have to be careful. Neglected for ages, these castles often have holes in the floors and unsupported railings. So be sure not to die if you visit them.

This should have made the upcoming post, The Greatest Polish Snacks Part II. But these chocolates are so good that not only are they among the greatest Polish snacks, they are one of the best things about Poland in general.

Krówki are chocolate fudge, toffee candies produced in Poland since before World War II and doubtless a principle cause of why the Germans and Russians wanted to invade so badly.

The chocolate’s outside shell quickly and delicately melts in your mouth, releasing the soft, chewy toffee inside. Before you know it, the heaven-sent delicacy has completely dissolved in your mouth and you want another one. So you run to the nearest Polish store to buy another pack. I attribute Poland’s recent economic growth solely to the existence of Krówki.

Whenever idiots make fun of Poland getting conquered during World War II, I always tell them this: Poland lasted a month against BOTH Nazi Germany and Soviet Russia. France, supposedly a powerful western European nation at the time, lasted about a month and a week against ONLY Nazi Germany. There is something to be said about the undying Polish spirit.

Let’s face it, Poland has been screwed over countless times throughout history. Each time, though, it didn’t go down without waging a bitter fight to the end. Even when it lost, it didn’t lose. After Poland fell during World War II, many Poles escaped and continued fighting on other fronts, not to mention the Polish resistance that kept fighting back home.

The fact that Poland exists today is a true testament to the Pole’s strong national pride and independent spirit.

Check out the best things about Poland part II here!