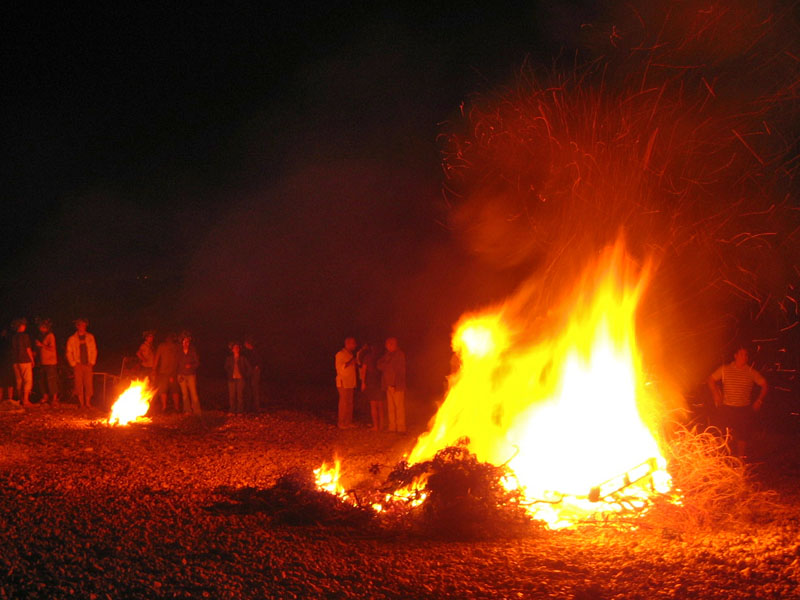 It’s tough writing and posting during the summer when it’s so beautiful out. But there’s a special Polish tradition coming up that I can’t ignore. It celebrates the summer solstice which marks the longest day and shortest night of the entire year. What makes it interesting is that, in typical Polish fashion, it’s rooted in superstition and mysterious cultural practices. Most call it Świętojańska, Noc Kupały, or St. John’s Eve because the following day is the feast of St. John.

You may have seen the Disney movie Fantasia, which contains the rather terrifying cartoon “Night on Bald Mountain,” played to Modest Mussorgsky’s composition of the same name. In it, as night falls upon a quiet mountain village, a monstrous demon emerges from Bald Mountain to devour the souls of the dead. As he does so, the deceased souls rise from their graves to dance and celebrate one last time. For a Disney cartoon, it’s certainly filled with ample horror and hell-fire. In any event, the “night” on Bald Mountain is Saint John’s Eve.

This midsummer’s night, occurring every June 23, falls close to the summer solstice on June 21. People around the world have observed it for millenia. Ancient pagans believed that the day was unusually long because the sun had lost its way in the sky. As a result, a number of rituals arose to help the sun find its path again. The ancients believed that all sorts of supernatural creatures emerged on this night, leading to even more practices aimed at protecting people from evil influence. It was also a night of fortunetelling, as young people sought to discover their romantic futures through various superstitious practices.

Of course, the Poles had their own ways of celebrating:

Today, Saint John’s Eve is still observed, especially by Polish youth, as a fun summer occasion to hang out and meet new people. Many towns host events on this night in which the old practices of starting bonfires and throwing wreaths into the water still occur. For example, check out this Facebook page promoting a Warsaw event called “Wreaths on the Wisła.”

Although most people probably don’t actually believe in the old superstitions, they still have fun suspending belief and pretending. Like Halloween in the United States or Day of the Dead in Mexico, Saint John’s Eve is a great way to kick back and enjoy the season with family and friends.

Check out this recreation of how Noc Świętojańska would have been celebrated in ancient times.