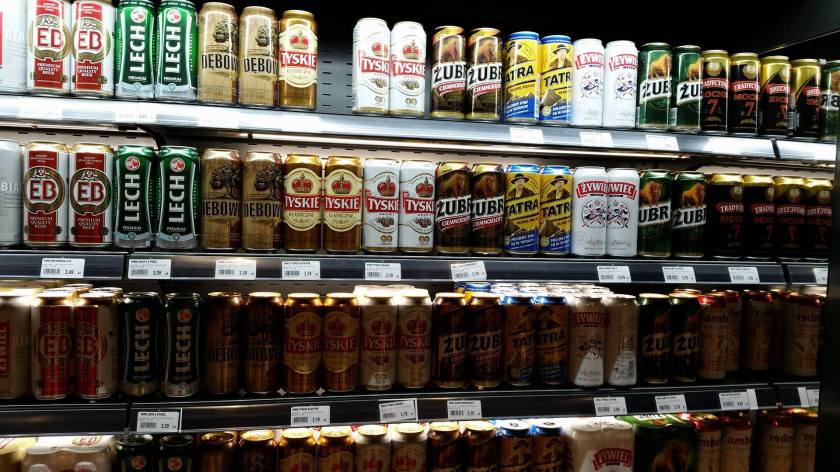 Polish beer is amazing. As the third largest producer of beer in Europe, after the United Kingdom and Germany, and the ninth largest in the world, Poland has been gaining increased respect and recognition for its beer internationally.

Poland is also the 5th-highest  beer consuming nation in the world and brewed 3.956 million kiloliters of the cold stuff in 2013. As you might imagine, this has helped create a distinct Polish beer drinking culture, but it’s not the kind  you might expect, especially among young people.

A recent article published in Polish Newsweek highlights some interesting beer drinking trends among Polish millennials. Here are some of the major ones.

In the U.S., we’re used to beer drinking as being a social pastime. It’s not so much about drinking the alcohol as it is about connecting with friends and having a few good laughs. Now this trend is hitting Poland. Whereas in earlier decades, Poles might have been more apt to drink alone while watching television, the millennial generation is all about the bar scene and enjoying time with friends.  Personally, I think that’s a healthier mentality.

Another trend picking up in Poland is one that I observed there myself—a growing interest in craft beers. I have a younger cousin in Poland who I talked beer with while visiting. He mentioned that the common Polish beers many of us have heard of—the Tyskies of the world—are seen as too mainstream for many young Poles. Instead, the craft beer scene is more varied than ever, with Poles flocking to try a whole host of local concoctions. To check out the Polish craft beer scene, visit http://www.polishcraft.beer/

The Rise of Flavored Beers

Traditionally, lagers had dominated the Polish beer market. When you think about the most common Polish beers like Zywiec, Tyskie, Okocim or Perła, they are usually pale lagers.

Now, apparently, Polish millennials have acquired a taste for sweet, flavored beers that don’t have much alcohol and taste more like orange soda than a cold one. Beer mixed with honey, juice and…cola..is becoming popular among Poland’s youth. I want to remain impartial in this post but blahhhhhhhhh!

Young Poles are increasingly interested in traveling around their country to discover  new beers and build their palates. From visiting tiny breweries in the middle of the Polish countryside, to attending giant beer events like the Silesia Beer Fest in Katowice, they want to expand their beer drinking horizons.

In the Polish sitcom Świat Według Kiepskich, the lead character, Ferdynand Kiepski, would always drink the same beer—Mocny Full. He wouldn’t quite fit into this current generation of Polish beer drinkers, who have an open mind never before seen in that country’s beer industry.

Having grown two-and-a-half times since 1995 and worth around 19 billion złoty ($4.8 billion), the Polish beer market is becoming one of the most robust in Europe. Who knows, perhaps one day soon people around the world will think of Polish beers before German or Belgian ones.